You may well be asking yourself this as you look around and realise that any actual content is pretty thin on the ground (that will change with time!) Primarily, I'm here to have some fun and (re)teach myself to code.

I had a Geocities page back in the mid-late 90s and I loved working on it. I wrote basic html in ALL CAPS. I had scrolling text, there was definitely a midi playing in the background and I belonged to any webring that would take me. Cut to 2020 and I believed the web I used to pour so much energy into was dead. Discovering that Web 1.0 design was alive, and that Neocities and the indie web were real things has made me ridiculously happy. I’d been told for well over a decade that people didn't want sites with dancing babies and scrolling text on them anymore because they were old-fashioned and unprofessional. Sadly, I believed them.

When I discovered Neocities, it was like stumbling into a super-awesome secret club. I felt like I’d been given permission to build a website the way I had in the before-times. A site made just for fun, not to promote myself or to make money. So here I am, building my own little webhome. Of course, I never needed permission to make this, and it has been an absolute joy to realise that fact - even if I felt very much like Season Six Willow whilst reminding myself how to code the bloody thing. 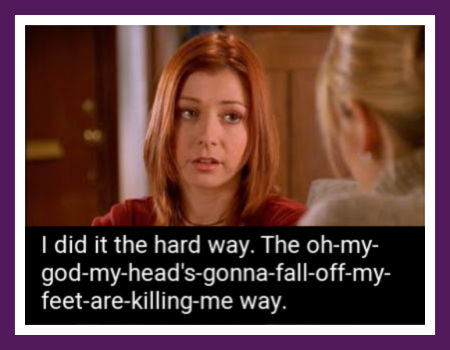 This is my homage to the sort of sites I was visiting and making in the 90s, when the internet still had a soul and watching a live feed of a coffee pot was the height of excitement (it's true, look!)

The css skills are definitely a work in progress and the gifs are many and odd, but I'm very glad to be here.

I am scrolling text and I don't care, wheeee!

These people explain the importance of maintaining an independent web better than I probably could:

I am a f***ing webmaster. I just forgot that for a little while.